Local axeman to be honoured at showgrounds 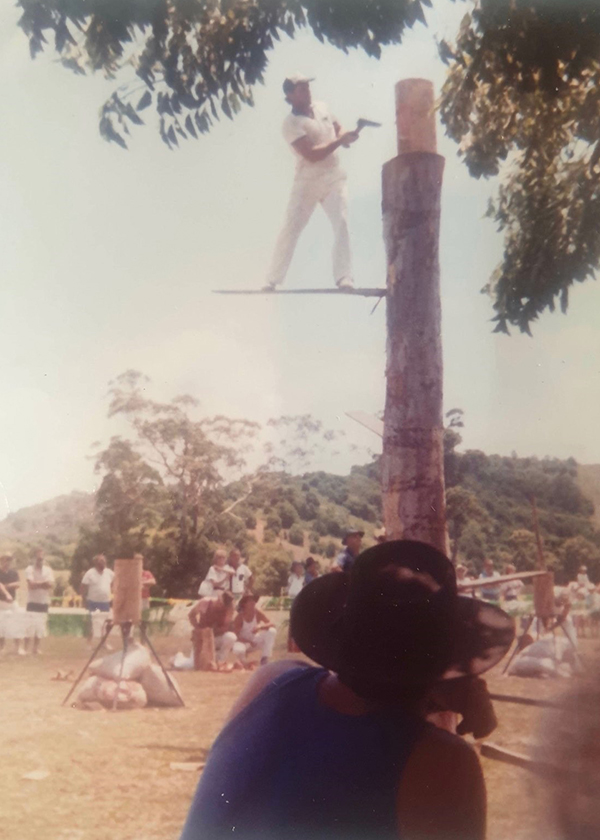 The woodchop arena at the Maryborough Showgrounds and Equestrian Centre Park could be named after axeman and chainsaw racer Noel Hansen.

“Noel was involved with the show for more than 40 years,” Councillor Denis Chapman said.

“He was a beef and cane farmer at Dundathu, a fencing contractor and built cattle yards so he knew timber and how to swing an axe and use a chainsaw.

“Noel started competing in the Maryborough Show woodchopping classes and then moved into chainsaw racing.

“He then became a steward; supplied the blocks for the axe and chainsaw competitions as well as cleaning up after events.

“Noel competed in woodchopping and chainsaw racing at many shows around the state.

“Locally he also supported the Torbanlea Races and was involved in the planning and running of the woodchopping events.”

Council is now calling for feedback on the proposal to name the woodchopping arena at the showgrounds in his honour.

Feedback can be left on the Council engagement hub page https://frasercoast.engagementhub.com.au/naming-mbs-woodchop-arena.

Suggestions must be lodged before midday on Thursday April 8.